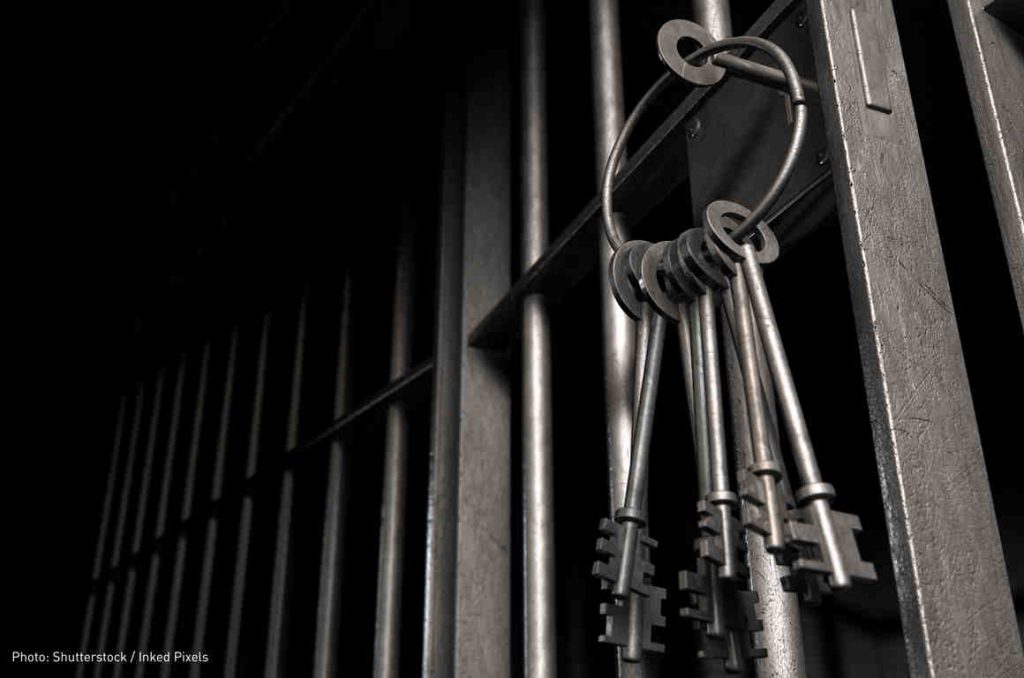 Knowledge chooses its project,
each project is new and chooses its moments,
each moment is new, but simultaneously emerges from
the memory of all the moments that existed before

*It is fair to say that the Black Cross were initiated after the May Day event in Yogyakarta 2018, a demonstration/blockades that ended up in a riot between the so-called “local people” and the demonstrators (many, even the so-called Student Organization involved in the organizing blamed the Black Clad anarchists for igniting the riot and provoked property destruction, and to their surprised the graffiti that call to “Kill the Sultan”, until now there have been no one claimed this). Therefore, even Palang Hitam now are progressing their activities to other places and helping other revolutionaries who are facing the same legal consequences or just being in the grassroots conflict to provide medical aid, its “over-lapping” solidarity still meant that Palang Hitam were originated, initiated, and activated by the comrades who are “on the list” (of the powers that be) and those who are completely not on the list but decided to actively participated. So, in order to specified the location of these comrades, mainly central java, it is fair to say that Palang Hitam is Palang Hitam Yogyakarta or Central Java.

What being said in this short critical reflection are based on specific geographical and historical understanding of the anarchist movement or the revolutionary movement of individuals against state and capitalism in Indonesia. There’s no need to say about the contrast between our geographical location and our comrades in the west and those who are also in the global south, especially considering prison solidarity in its historic sense. Indonesia, have plenty of oral history about prison rebellion and rebellious individuals, but these were almost never written, these were almost like mythopoesis among criminals for generation and some even become so legendary that it always inspired rebellion each time there’s a prisoner get beaten very severely or until they die. It is obvious there’s almost no official history of them because, who want to write about these violent, lawless, and cool individuals? Even the so-called radical academics tend to avoid this subject.

While in Spain we know histories such as Grappo and their resistance and individuals such as Xose Tarrio Gonzales, we surely have the latter but the former, such as a coordinated organization inside prison and outside, was never really a history here. Or in Greece, where the CCF and other organization such as ex of 17N and Revolutionary Struggle have been doing their part in making escapes, rebellion, and even a plot to destroy the prison completely to free their comrades.

In Indonesia (although it is better just to focus it in Java, because there are different dynamics such as in West Papua or other parts of archipelagos regarding solidarity action), what the populist-leftist movement inherited to us after the fall of New Order regime, were just bitter pills of every revolutionary students each time they got arrested and most of these leftist organization abandoned these individuals. Though it is not better for the anarchist movement either regarding this situation, such as in 2011 where two anarchists were arrested and the “movement” silenced themselves, deciding that the action that was carried out (arson against atm bank) were counter-productive to their public organizing. What legacy did this populist leftist or the anarchist movement give to the younger ones regarding prisoner solidarity? An endless stupidity of not knowing how the legal system work, how advocacy work, and why you should not be afraid of being arrested (there were cases where self-labeled anarchists went into hiding even though the charges or the case were very specific that it is impossible for them to be arrested) or why you should go underground, and why you the imprisoned comrades should not afraid of making open letter to the comrades in national and international. These are the homework for Palang Hitam and all another revolutionary movement that seek to destroy capitalism and state using whatever strategy they see fit, that is to understand how the legal system works and how to get around it to ease or makes our imprisoned comrades more confident in their convictions. It also includes the choice that they wanted to make, because it is their choice, not the people/organization/movement have the rights to dictates it to them. Thus, the “unconsciousness” of the wanna-be insurgent wherever they understand the legal consequences of their action. And note this: no movement who are seeking to overthrow the capitalist system seriously are safe from the state backlash. The state is not neutral, police and investigators are not going to save you from their web of law, because they are a mere server or the attack dogs of the rulers and capitalists.

Don’t expect something less, expect and anticipate more repression when you already attack them. Remember, you’re not fighting bullies, you’re fighting a thousand years of an advanced civilization that managed and developed the techniques to control and pacify you each time they consider yourself or your movement a threat.

Why, after the M1 in Yogyakarta, only Brian Valentino (Ucil) who got the most attention than others? Are Palang Hitam were too ideological that they don’t care other variants of comrades who are also arrested? Of course, that’s not the case. It is reported that only Ucil that really stem from “anarchist” milieu although he prefers in not using any adjectives. I am not saying that there are no anarchists other than Ucil but the only individuals who were advocated and communicated with Palang Hitam were only Ucil, while others (including those fucktards student brokers) prefer to compromise and tell on others. While I can’t generalize all of the imprisoned comrades, but there are also comrades who don’t cooperate but close themselves from Palang Hitam. The focus on Ucil mere because of he was from a very far island, Manado, North Sulawesi. He was very active in the action and his mild character facing repression while refusing to tell any names during the interrogation was also the consideration.

Some weeks ago I received a letter concerning the action, an old friend but we have chosen a different path, he said he has the chance to talk to some of the people who were arrested for a day during the blockade, he said it caused a climate of paranoia. He also advised me to talk to these people, whom I know but I don’t really associated and have different methods even in the form of ideas. The black-clad called themselves for M1 the “Committee”, which is a very loose association of anarchists and other tendencies, quite strict but also flexible. These individuals on the Committee (supposed!) to understand the backlash of doing such action: Blockades and confrontation (which doesn’t really happened because the police were spread in many areas and were confused about our action, well until 3-4 hours later until they besieged us). Other leftists, NGO’s, trade unionists, artists and liberals parading on a very different place, they go to the governors building doing the usual ritual of begging to the power that is. These individuals were the ones who choose to go to our street blockades (which is around 5 or more km) because it was louder, some of them even bring a drum to fuel to the riot. Some comrades who knew them communicated about escape route when something happened and of course not all of the comrades have the responsibility to talk to these people, especially I personally know most of them, because most of them were there just for the spectacle! How brave these liberals were, people whom I know personally always reject violent tactics or even their POV towards state and capitalism. So why fuckin’ bother? There’s Ngo’s, liberal hipsters, and the tropical leftists! I was asking to myself, “What the fuck they were doing here!??” Because I coordinated with others who in charge of guarding perimeters in case we were going besieged then we have to go to the escape route. Most of the black-clads knew these, Ucil’s were just unfortunate, he fainted because his head was hit by a rock.

So now, I have to communicate, according to this white friend of mine, to those people who were so recklessly coming to our blockades in the time where we were going to retreat? First of all, I don’t think I have to explain these action to liberals or the leftists. They know that the kids were being confrontative and we were blockading the most strategic route to the airport for hours, what do they expect? And now they said they feel traumatized. Well, personally, since I know these people, I don’t buy their trauma. First, they only get arrested just for a night, many even only for hours and then released. Second, why do I have to feel obliged to explain our action to these potential snitches? This is no bravado nor macho posturing because the women that involved in the black-clad were not arrested, I salute their bravery and trauma? No, although we were worried for our arrested comrades, we still can laugh our ass off. Some of them went to the escape route and found themselves assisted by the local villagers who asked them did they won? As the villagers give them water and show a safe place to escape. Unlike the youtube video, these villagers located near the university are also threatened to be evicted. There’s no trauma in us, our trauma is just not doing it better and to secure our own comrades. So to my white friend, it’s not me or other responsibility in order to “cure” their trauma, it’s them that have to ask themselves the choices that they’ve made that day.

These writings were far from comprehensive or maybe it is just a sort of personal defense. I know that we are lacking in Security Culture, something that was already spread a decade ago to various collectives. But what good is Security Culture when it is not actual nor it is very detached from the actual. Or there are no actions because everyone is just too SC to the point of they hesitating in doing anything. Of course, there’s this guide from Crimethinc Collective which of course a very good and informative one:

It’s easy, a western revolutionary manual for revolutionaries around the globe. Yeah right. While its a worthy of our attention to learning it and also from various resources concerning Security Culture, militant action, and legal aid for our imprisoned comrades, it is just too lazy for us if we can only copy-paste everything from the west. We have to learn it also from our past and present experiences, from our actual struggle, to know ourselves better and our comrades. To keep each other safe and be more joyfully rebellious and dangerous together!

No Revolutionary Solidarity to Snitches. I don’t care for every leftists and liberal who were very disappointed on why oh why only one of the Black-Clad were arrested!

“You got a bullet in your head.”